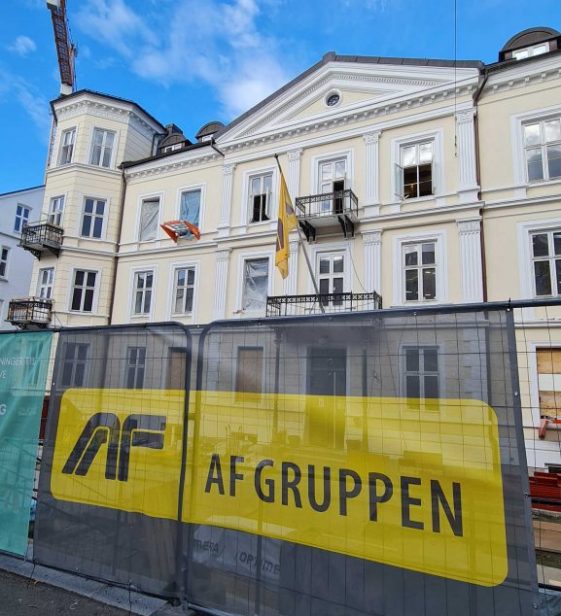 AF Gruppen has begun an extensive rehabilitation of the grand old building at Inkognitogata 33. The building is located in Oslo’s embassy district and has been home to both cavalry officers and prime ministers.

The project is focused on sustainability, reuse and repurposing. Renovating an existing building rather than demolishing and rebuilding generates considerable environmental benefits. The project is also aiming to preserve as many existing materials and fittings as possible. Items that are not reused by the project will be made available to other building contractors. Examples of recycled materials include light fittings, stoves, bricks etc.

We want to thank the contractor for putting their trust in us to move fixtures, building materials and equipment gently and safely in and out of each floor in the building.

Pictures of the rehabilitation project at Inkognitogata 33 in Oslo 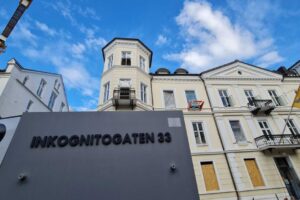 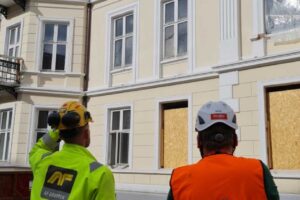 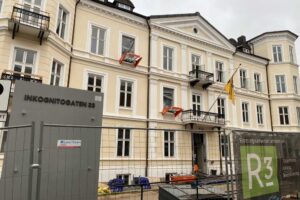 Two Liftroller Wall units have been fitted and are ready to get to work. 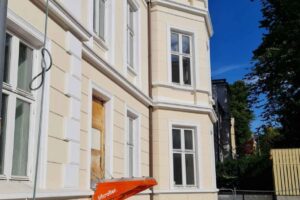 Liftroller is gentle on the façade, both during installation and use. 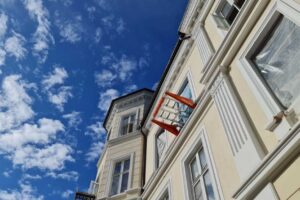 The Liftroller Wall clamps onto to the opening in the building and does not cause damage to the façade. 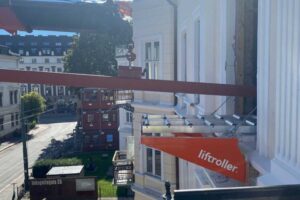 Building materials being craned into the building using the Liftroller Wall. 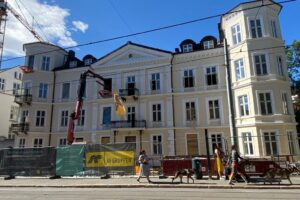 Materials are craned directly onto each floor easily and efficiently. There is no need for interim storage at ground level. 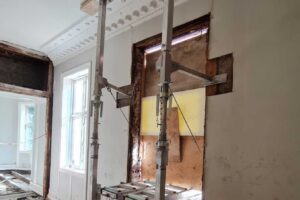 The Liftroller Wall is installed in the building with a few simple steps. In-situ adjustments.

A specially adapted Liftroller Wall has been fitted in the turret.