Os Bygg has extensive experience with the Liftroller system. They have used Liftroller on several of their projects, both for the transport of building materials and equipment, and for the transport of construction waste. The fact that they come back to us and rent our products on constantly new projects is the biggest declaration of trust we can get. A while ago, they also made a statement in connection with an article in Bygg.no. 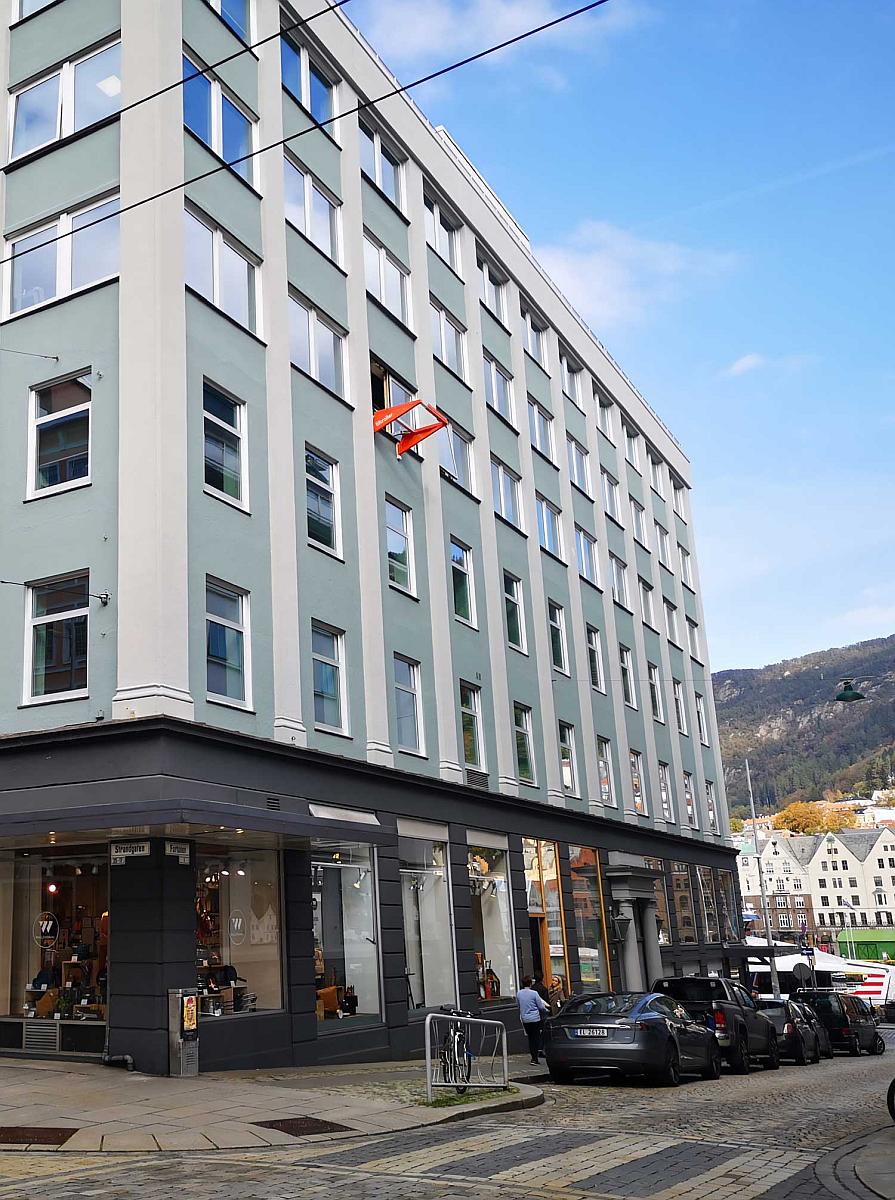 Read extract from the article

Os Bygg is currently involved in a new project in the centre of Bergen. The company is crystal clear that the Liftroller system is a must if it is to complete the project efficiently and safely.

The project site poses a number of challenges. The building is in a very busy street right in the city centre, and parts of the structure are still in use by tenants. This means there are many considerations to make during the construction phase.

The façade is listed, and creating accessways or apertures for external lifts is not permitted. Os Bygg is tasked with renovating four upper storeys in the building. Carrying materials up the narrow stairwells is therefore not an option.

To solve the logistical challenges, Os Bygg chose to use the Liftroller system to transport the building materials. This lets them roll materials, plasterboard and equipment directly onto each floor. Liftroller greatly appreciates the positive feedback it has received from its loyal customer.

Overall, it was a much more efficient and cheaper solution than using a lift. Just reconstructing the wall we would have had to dismantle to fit the lift would have cost more than hiring the Liftroller

Photos from the renovation projekt 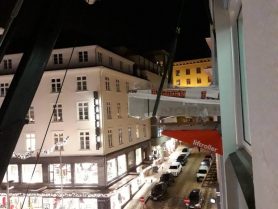 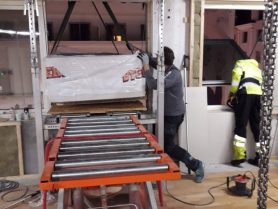 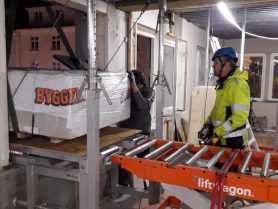 Extracts from the article

The Wallendahl building in central Bergen has been rebuilt numerous times over the years. Last time around, the walls below the windows had to be cut down to allow access for the external lift. All parking spaces in the busy street outside were turned into rigging space for the skips and lift. When Os Bygg was to rebuild the second floor it decided on the Liftroller system.

Torjus Egge Døsen, construction manager at Os Bygg, is very happy with the chosen solution. We have used the Liftroller system throughout the project for both transporting in materials and removing waste. Rather than spend time and money applying to rent the street for skip storage, the company placed its big bags on Euro pallets on the second floor.

They sorted the waste as they went along and dispatched it on the crane lorry after it had craned in the materials.

“We spent no more than two minutes on the heaviest batches. We have shifted 50 batches with materials. Counting the bags of waste we have removed, you can double that figure. It has gone really smoothly,” says Torjus Egge Døsen.

“Overall, it was a much more efficient and cheaper solution than using a lift. Just reconstructing the wall we would have had to dismantle to fit the lift would have cost more than hiring the Liftroller.”

On a project like this it is not just the builders who take delivery of building materials. Plumbers and HVAC engineers all have a job to do and materials to shift. The Liftroller is handy for a lot of jobs, and on this occasion it was used for most of them. All pipes and ventilation parts were also moved through the window.

“What have you moved with the Liftroller?”

“Glass, plasterboard, steel, ducting: everything. We have not had to carry a single thing up the stairs. We also moved large glass doors and glass walls with the Liftroller – perfectly delivered and fitted. Thanks to the good dialogue we had with the suppliers, we were able to wrap everything in a format that would fit through the window aperture. That has saved us a huge amount of time and hard work,” says Døsen.