Villa Copenhagen-12 tonnes of plasterboards in less than an hour

In less than an hour we shifted more than 12 tonnes of plasterboard through the windows and were able to meet the authorities’ demand of closing only for short periods Isak Digre, foreman, HENT Danmark AS 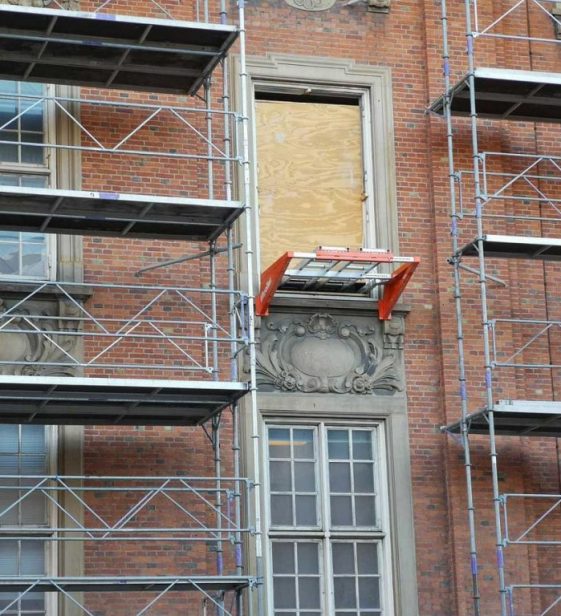 Liftroller was chosen to provide logistics when the venerable former post office building in Copenhagen was being rebuilt. Lifting operations were swift, and materials were quickly moved in and out of the building. Rather than transport the materials the long way around the building and up the ramp to the goods lift, the deliveries were simply craned directly from the back of the lorry onto the respective floors.

Hent Danmark AS was the general contractor on the project, which at its launch in 2017 was the biggest ever building contract ever awarded in Denmark. The transformation of the old central post office into the luxury hotel Villa Copenhagen for hotelier Petter Stordalen was completed in July 2020.

Shifting all materials with Liftroller leaves the goods lift free for other trades, ensuring a much more efficient building site.

Rebuilding an iconic landmark at the busiest road junction in Copenhagen does pose challenges. Closing the road was out of the question for the authorities. HENT was barely able to get a permit to block it temporarily.

HENT already had positive experiences with the Liftroller on various projects in Norway, including the venerable Britannia Hotel in Trondheim.

Supervisor Isak Digre is very happy with the efficiency of the Liftroller:

“In less than an hour we shifted more than 12 tonnes of plasterboard through the windows and were able to meet the authorities’ demand of closing only for short periods. In comparison, we only managed 2–3 batches of plasterboard an hour when using an outside lift in the backyard on the same project.”

“The distances were great and the ramps steep, and there were others wanting to use the lift at the same time. All in all we made huge savings by using a much more efficient method,” says Digre.

It is obvious that when you have 2,800 batches to shift on a project like this, the choice of method is key in relation to profitability and not least health and safety.

Site manager Eskil Kulsetås, too, was impressed with the efficiency of the Liftroller.

“Since the project is right in the middle of Copenhagen, there is no room for interim storage outside. On a project like this there are crazy amounts of steel studs and plasterboard that need to be moved, and they would have occupied the goods lift for long periods.

By using the Liftroller to take everything through the window, the goods lift is freed up for other disciplines and personnel, making for a much more efficient building site.

The fact that the Liftroller system can easily be moved around the building to where it’s needed means that we don’t have to transport the materials over great distances as we would’ve had to if we’d used the lift.” 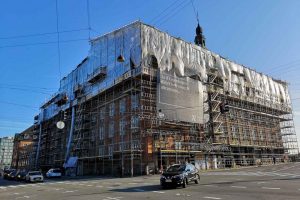 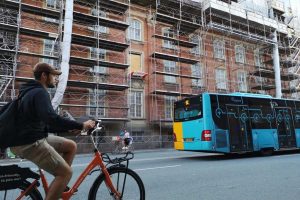 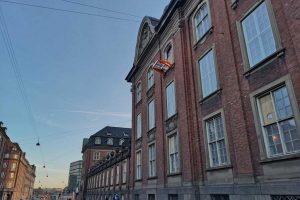 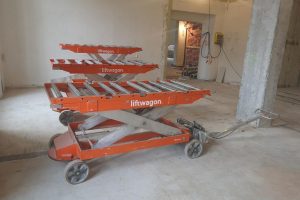 Having multiple Liftroller Wall and Liftroller Wagon units in the building saved time and improved efficiency. 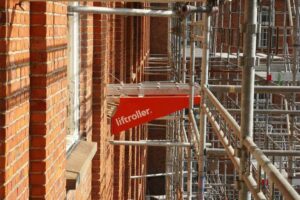 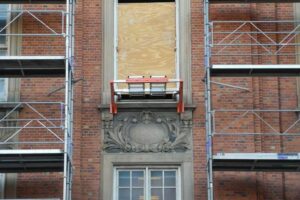 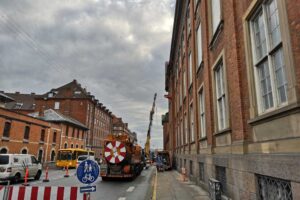 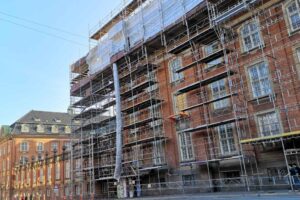